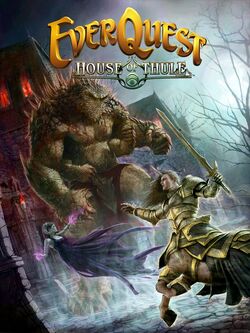 Some players have gotten an email on some details:

Note: Only the person requesting the mission needs to do the prerequisite tasks, the other players do not. They are only needed to request the missions, not to do them.

At the moment it is not clear if these tasks gain you anything beyond an achievement. It does appear that you need to complete the achievement Knocking on Sanctum's Door by doing the Morell's Castle raid The Awakening in order to do Sanctum Somnium raids.

In The Feerrott is a small gray statue on the banks of the Greenblood river. It is along the south wall, west of the entrance to Cazic-Thule, just across the river. Location -1430, 1015. Clicking this statue transports you to the HoT version of The Feerrott. Druids and Wizards get port spells to The Grounds. The guild portal is able to send you to Feerrott, the Dream.

Rank I spells are purchased in Feerrott, the Dream from NPCs who are gathered at the zone in from The Feerrott (west of the entrance to Cazic Thule).

Rathon Darkforest and Rotharran Radhelm in Feerrott, the Dream near the zone line to the Mountains of Rathe at around 510, 2800 will sell you some spells when your faction with the Dream Delvers is indifferent or better. Dream Motes are required to purchase them.

Port spells can be purchased with platinum in Feerrott, the Dream from Kaelynn Stearns, who is near the zone line to the Mountains of Rathe at 518, 2818.

If you hail her and follow through the conversation, she also offers quests for Rank II spells. Get the quest and hand her the appropriate Dream Fragment and choose whichever spell you wish.

Dream Delvers faction is required to purchase level 89 and 90 spells.

These spells result from raid turn-ins. Gotten from Spensur in The Grounds (location -60, -1685, -100). As with the Rank II spells, you request a task from him and can actually choose which spell you want.

Much like Underfoot clays, HoT mobs can drop armor remnants. Armor remnants are separated into tier and combined with either vendor bought, trade skill, or previous tier armors.

To combine armor you will need the 3 slot container named "Shroud of Dreams", available from Zande Vorich who is right by the House of Thule zone door in Feerrott, the Dream. You will also need your class specific Coalescing Agent which he sells. A Binding Type is also needed.

Note: If using a previous tier armor as a "Binding Type" make sure to remove all augments first.

You'll be able to pre-order your copy of House of Thule (via digital download) scheduled to begin on September 9, 2010. Pre-order will end on October 11, 2010.

Community content is available under CC-BY-SA unless otherwise noted.
Advertisement